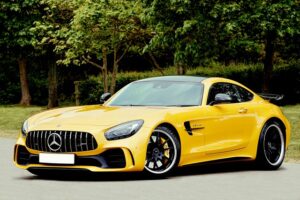 You can choose from a wide variety of left-hand drive classics, whether you are looking for the muscle of a Ford Mustang from the 1960s or the elegant grace of a Fiat Barchetta from the 1990s.

It is important that you think carefully about how you will drive your classic car as well as arranging insurance for it.

If the car is imported from the US or Europe, it is likely to be left-handed drive unless it was converted previously.

Is it a good idea to opt for a left-hand drive vehicle and what are some of the considerations to keep in mind?

How to find Dealers for LHD cars?

We drive right-handed cars on the left side of the road for what reason?

In the United Kingdom, people have traveled on the left since long before the automobile. Wherefore? Since your right hand – your sword hand – can provide some defensive stabbing if needed if you are on the left. Back then, the situation could have been lawless. There is a similar reason why castle staircases spiral left as they descend; it is easier to stab downward with the right hand.

Carts were driven on the left-hand side of the road in Roman times, and the soldiers of the empire marched on the left as well. As a result of Rome’s influence, the norm spread throughout the world. In the 19th century, British law ensured that horse-drawn carriages were to be driven on the left, and drivers sat on the right in order to better determine the distance to oncoming traffic.

What are the advantages of a left-hand drive car?

There are a number of reasons for this. Perhaps you will be moving abroad in the near future, and you wish to register a vehicle in a country where drivers drive on the right-hand side. You may have recently relocated from abroad and brought your car with you. Maybe you are set on an imported vehicle that is not made in right-hand drive.

If you are interested in purchasing a left-hand drive vehicle, there are several dealers in the UK that specialize in this type of vehicle. You will be able to avoid looking overseas, in countries where you may not understand the language, and then you will have to arrange to import the vehicle into the UK, which can be very expensive.

Driving on the left

It is likely that one of the most obvious issues you will encounter will be your driving position in relation to the road.

Initially, driving will feel strange because you will instinctively use your left hand to change gear. If you practice on quiet roads, however, soon enough your brain will be well trained.

The left side of the road can feel strangely close to the kerb if you are driving a left-hand-drive vehicle and might lead you to drift into the middle of the street as a result.

Outside the United Kingdom, there is a market for LHD. While it is true that the market for LHD cars is larger than the market for RHD cars in terms of volume, far fewer RHD cars were produced, making them more rare. The process of selling a private car in another country is not straightforward.

There have been a number of left hand drive classics coming to the UK because there is a relatively small market for such vehicles in their home countries.